Browse all news by category

Five unsafe toys have been removed from Queensland retailers’ shelves as part of the Office of Fair Trading’s (OFT) Operation Safe Christmas campaign, launched today by Attorney-General and Minister for Justice Yvette D’Ath.

Mrs D’Ath said the campaign aims to limit the number of dangerous toys that children are exposed to over the festive season.

“Yo-yo water balls and aquatic toys were seized by OFT safety inspectors as they did not comply with mandatory national safety regulations and posed a significant risk to young children,” she said.

“Each year the OFT ramps up toy inspections in the run up to Christmas and this year inspectors visited more than 365 retailers in stores and popup shops across the state, where they examined 7,580 different toys.

“Two types of yo-yo balls, which are banned nationally due to their strangulation and choking risk, were found on the shelves.

“Two inflatable emojis and a goose swim ring were identified as not having correct safety labelling to inform parents about the safe use of the products in water.”

In addition, the two inflatable emojis did not have non-return valves with stoppers permanently attached to them, which means they deflate very easily.

Children who cannot swim could drown if their aquatic toy failed or if they were using the toy unsupervised and relying on its buoyancy. 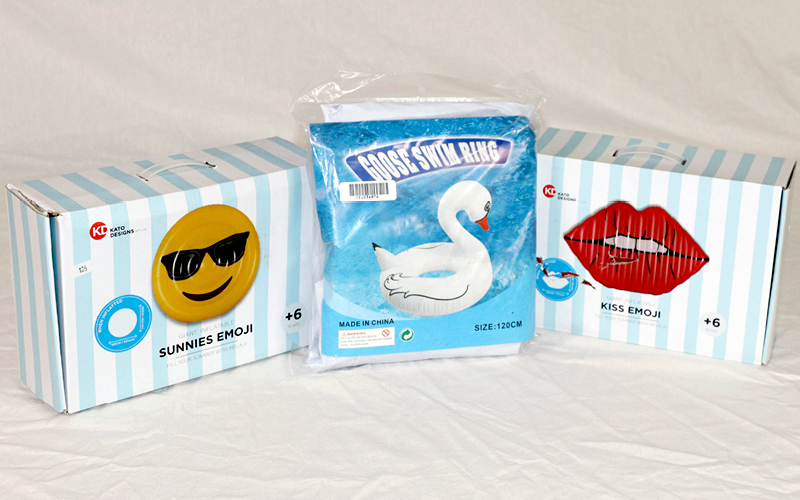 “OFT product safety inspectors said they have been really pleased with the level of safety compliance shown by manufacturers and retailers in the lead up to Christmas,” Mrs D’Ath said.

“Family and friends buying presents for children this holiday season can also help to keep them safe.

“If people are shopping for gifts for children this Christmas, the rule of thumb should always be: the smaller the child, the bigger the toy.

“Check the labelling carefully as toys that are labelled as unsuitable for children under three may contain small parts that could be a choking hazard.

“If buying a gift for a small child, check for any loose parts. Anything smaller than a 20 cent piece poses a choking risk.

“Parents should also check that toys with button batteries have a battery compartment that is child resistant and secure. Button batteries can cause severe internal injuries, even fatal injuries if swallowed.”

Any concerns about unsafe toys should be reported to the OFT at www.qld.gov.au/fairtrading or by calling 13 QGOV (13 74 68)